Penguins and Portals: Chris Baty Discusses the Origins of NaNoWriMo 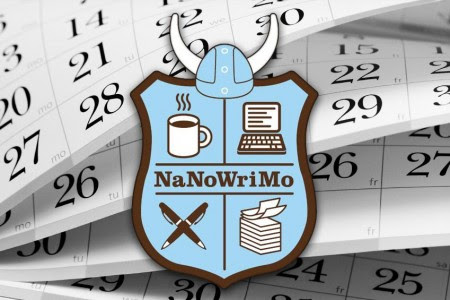 For those not in the know, November is National Novel Writing Month, aka NaNoWriMo (learn more at NaNoWriMo.org). I participated last year and wrote the first draft of my just-published Otter and Arthur and the Round Table.

The idea is to write a very rough draft of a 50,000-word novel in the month of November. I'm participating again this year with the intent of penning the rough draft of Abigail's Atlantis, my story of a 12-year-old girl who visits her grandparents at Topsail Island, North Carolina, for the summer. She helps her grandfather at the sea turtle rescue center where he works - and finds what she thinks is a connection to a modern-day Atlantis.

The point of this post, however, isn't just to plug my projects, but to talk about NaNoWriMo. I had the privilege last night of being one of roughly sixty people to see Chris Baty, the founder of NaNoWriMo. Originally from Prairie Village, Kansas, he was back in town to offer a history of how the organization came about and where it has gone.

Baty possesses the rare talent of being a writer who also knows how to engage an audience. He talked about his own love of books and how they inspired his imagination. He shared how he loved The Lion, the Witch, and the Wardrobe as a kid and would go into the closet at home and search for a portal.

He relayed this experience to writing and how that opens a portal to one's own mind. He also joked about interviews with authors where they are asked questions like, "Where did you come up with the idea for the penguin?" and how the response was inevitably, "The penguin found me." As silly as he said that sounded, he realized how true it was once he began writing. Once the penguin found him, he knew the writing portal was open and would never close again.

Thanks, Chris Baty, for opening the portal for so many of us. Let the penguins rule!

Found: One Penguin. Considered Armed with the Ability to Inspire.

Posted by Dave Whitaker at 9:47 PM

Email ThisBlogThis!Share to TwitterShare to FacebookShare to Pinterest
Labels: Abigail's Atlantis, Chris Baty, Lion the Witch and the Wardrobe, NaNoWriMo, National Novel Writing Month, Otter and Arthur and the Round Table, penguin, portal