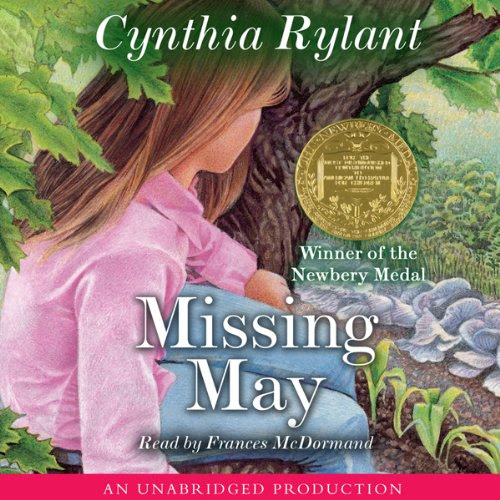 I'm really getting tired of bringing this up every time I read a Newbery medal winner. I've now read 21 and a third of the books feature an orphan as the main character.

I get it. Clearly no experience would be more unimaginably traumatic for a child than the loss of a parent. It is understandable that an author would want to delve into such rich territory. Unfortunately, in most of the books I've read so far, it feels like a device.

This makes Cynthia Rylant's Missing May (1992) more unique. The main character, Summer, is - wait for it - a pre-teen orphan. She is passed around from relative to relative before ending up with Aunt May and Uncle Ob. However, this book does something most of the other orphan-starring books fail to do - it actually confronts death and the impact it has on the main character.

Like the orphans in so many of the other Newberys, Summer doesn't deal with the death of her parents. She does, however, confront the death of Aunt May. More to the point, she has to address the effect it has on Uncle Ob. Summer, along with her friend Cletus, accompanies her uncle on a journey to hopefully bring him some closure. Summer's concern about her uncle and helping him get his will to live back is what ultimately drives the story.

The book was a quick read (I consumed it in just over an hour), but consequently comes dangerously close to not giving the reader closure. I certainly won't spoil the book for others, but I grew concerned as the ending approached because the story didn't feel finished yet.

It can be a challenge for a writer. It definitely served as a reminder for me as a writer to have a clear sense of not just where a story is going, but where it is going to end. An ending doesn't have to be a shocker or a tear-jerker or even completely satisfying. However, a reader does need to feel a sense of closure - that something hasn't been left out of the story. Missing May comes close to missing that point.

Posted by Dave Whitaker at 11:06 PM No comments:

The Adventures of Sherlock Holmes published 100 years ago today

Posted by Dave Whitaker at 12:28 AM No comments:

Albert Camus' The Stranger published 50 years ago this year

Posted by Dave Whitaker at 5:38 AM No comments: